Happy New Year to you all! 🙂 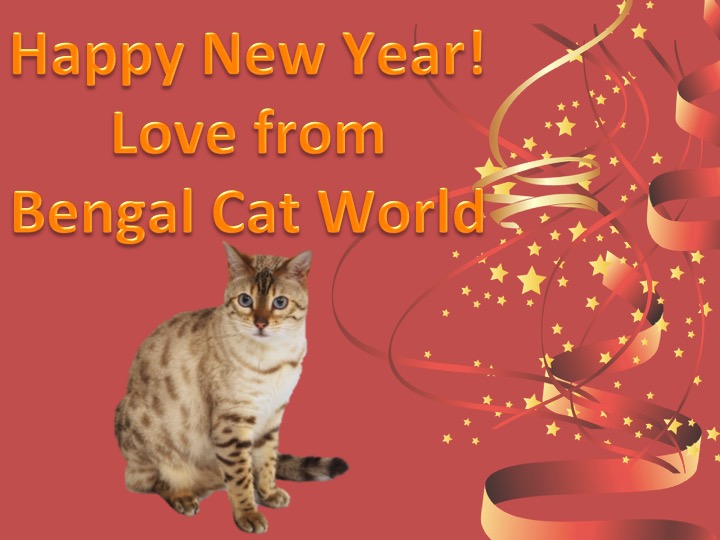 You may recall in my last post on Sunday, I said I’d be writing an extra special blog this week to celebrate the New Year? Well, that’s exactly what I’m going to do! In fact, I’m not going to write just one, my friends, but indeed I think I will write FOUR 🙂 I’m going to take you all on a journey down memory lane with a review of 2014 in our World, starting with January to March today and doing the rest of the year as the week progresses! Does that sound OK? 🙂

The year started off quite quietly… much to Lula’s disgust we had absolutely no snow to play in though that was more than made up for by the fact that we got a different play area! We got our first Tigga Towers cat tree, and oh what fun we had exploring it! Four of us five kitties loved it straight away, Harry always takes a while to realise he likes new things so he wasn’t sure (though he loves it now!). Here we are exploring it within minutes of daddy putting it up 🙂

Despite keeping a close eye on the weather forecasts, February didn’t bring any snow to our World, in fact the weather was quite mild for the time of year!

Lula and I went to our ‘local’ cat show – the Shropshire Cat Club show, though, as in previous years, it’s held in the neighbouring county of Staffordshire and not in Shropshire at all! 🙂 I got a Reserve Imperial Grand Premier certificate and Lula, who was competing in the higher class of Olympian, wasn’t placed though she did get a nice rosette to show what an achievement it is to compete at this level 🙂 She also won Best of Breed so not all was lost, I suppose 🙂

Guess what? Still no snow in March so we’d pretty much given up on it by then… *sigh* ….

Around the middle of the month, we had some wonderful news confirmed! Our breeder, Sue’s queen, Flirtie, was definitely pregnant – yay! We were excited because she had had a few false alarms, and also we were hoping to have a kitten from her litter, so this was very good news indeed 🙂

Here’s a pic of Flirtie when she was a kitten herself – she’s the one at the front, she always was a very confident girl 😆

Meanwhile, the new Tigga Towers was still a huge hit with most of us, though Harry still hadn’t got the hang of it, so Robbie (his best mate) kept him company in the big bed 🙂

And on that sleepy note, that’s where we’re going to leave it for now! Please come back tomorrow for Part 2!

This site uses Akismet to reduce spam. Learn how your comment data is processed.